Rates of Anxiety in the LGBTQIA+ Community 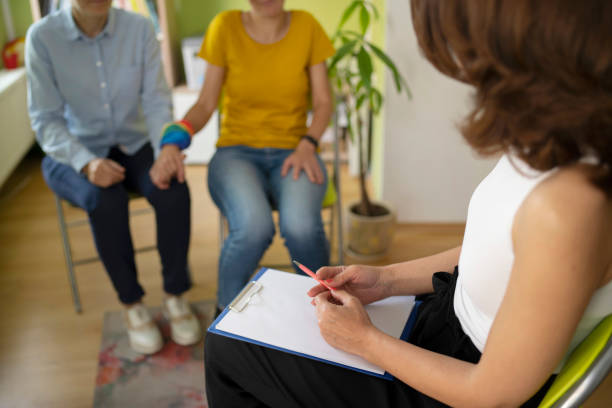 Rates of Anxiety in the LGBTQIA+ Community

in Anxiety and Stress Management
by Admin
0

As June rolls around, we feel more inclined than ever to honor our LGBTQIA+ community during Pride Month.  Pride originated to honor the Stonewall riots, to celebrate our original Queer trailblazers, and to advocate for LGBTQIA+ rights.  Just one of the numerous barriers to our LGBTQIA+ community is the rate of mental health disorders as well as access to culturally-competent care.

In the Queer community alone, almost 5.8 million folx report being diagnosed with a mental health disorder.  Between 30 percent and 60 percent of LGBT people report struggling with anxiety or depression.  These rates are higher than those of hetereosexual and cisegender folx. Yet, there is still a startling lack of gender and sexuality affirming healthcare across the United States.

If you’re wondering where the disparity between non-LGBT and LGBT rates of mental health issues come in, consider these three factors impacting anxiety in the LGBTQIA+ community:

Lack of Support At Home:

In one study by the Trevor Project, it was found that LGBTQ+ youth were 2.5 times more likely to attempt suicide than their non-LGBTQ+ counterparts. Why? Acceptance at home plays a large part.  Two-thirds of individuals living at home experience either rejection of their identity or chose to hide their orientation until adulthood.  Those that do come out to parents and experience rejection are eight times more likely to consider suicide and six times more likely to battle with depression than their heterosexual and cisgender counterparts. The Family Acceptance Project found that having at least one supportive parent in the home decreases suicide risk by almost half.  It’s clear that support at home decreases mental health concerns including anxiety, depression, and suicidal thoughts and actions.

Though we’ve made progress, we certainly haven’t equaled the playing field in America for LGBTQ+ individuals.  Today, there are still laws in healthcare, housing, public accommodations, family rights, and more that don’t protect LGBTQIA+ folx, and may even target them, as well.  We know from the minority stress model that lack of support and protections lead to increased levels of anxiety and stress. This exacerbates any pre-existing mental health disorders, as well as potentially leads to poor coping mechanisms, like substance use (which is higher in the LGBTQ+ community).

LGBTQ+ concerns aren’t heterosexual / cisgender concerns in a different wrapper.  Members of the Queer community need mental health practitioners trained specifically in working with their population as well as their presenting problem.  Even moreso, over fifty percent of individuals that seek healthcare with a non-LGBTQIA+ trained provider experience discriminatory practices, and between eight and twenty-seven percent of LGBT folx are outright denied care.  If a mental health provider isn’t explicitly gender and sexuality trained and affirming, implicit bias could impact care immensely.

This Pride Month, we encourage you not only to honor LGBTQ+ heroes, but to continue the work of advocacy yourself.  Here at Straight Up Treatment, we provide culturally-competent and affirming care for members of the LGBTQIA+ community.  Don’t let anxiety hold you back anymore; contact us today to start your healing journey.  We look forward to hearing from you!